My Home for Life – Helping to Regenerate Southmead for all Generations 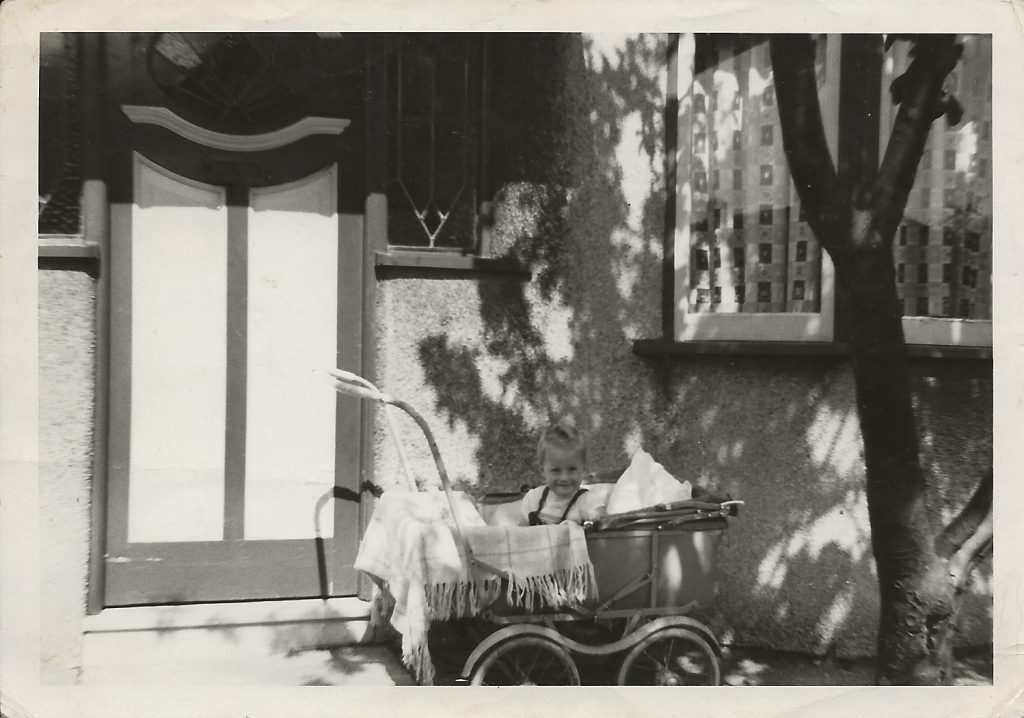 I was born in Southmead and have lived here all of my 62 years.  I was the youngest of 7 children and when my Dad died I was just 2 years old.  My mother could no longer afford to live in the private house on Southmead Road, where I was born, so we moved into a council house on Pen Park Road. When I was 11 years old we exchanged our council house for another one at the end of Greystoke Avenue.  I got married to my husband at 22 years old, and our first home together was an ex-council house in Ullswater Road.

The point of telling you this is that I have lived all over Southmead and have never wanted to leave. We have a wonderful community with many community groups that are the backbone of Southmead.  I started volunteering at Southmead young mums around 10 years ago, after my children had grown up, and the rest is history.  I volunteer for many things, and about 5 years ago, along with others, knocked on the door of every home in Southmead asking residents to fill out a Southmead Survey.

We wanted to talk to people on their doorsteps and ask their opinions, good or bad, about where they lived.  Many of them said that there was no point because the Council decided everything, but we told them that it was important to hear what they wanted for Southmead.  We had over 900 surveys completed and these responses formed our very own Southmead Community Plan.  Our community’s charity Southmead Development Trust, who run the Greenway Centre, Youth Centre and The Ranch, supported the survey and had the Plan printed – it was launched in 2015 as a 10 year plan.  We are extremely lucky to have the centres run by Southmead Development Trust and Southmead Community Association because many areas across Bristol have no community buildings.

When we door-knocked at Arnside we were shocked at the awful state of the area.  I call Arnside the ‘Heart’ of Southmead where you meet up with people you haven’t seen for years. I have been buying my sweets there since I was 5 years old!  After the launch of the Southmead Community Plan I was lucky enough to read every single comment on the surveys that residents had taken the time to write.   Sadly, all the comments written about the Arnside area were very negative and the general feeling was that our shopping area let the whole of Southmead down.  Indeed, when we asked residents what they thought of Arnside many told us that they didn’t go there. When we asked about visiting the Library or Aldi they replied, “Of course we go to Aldi and the Library”, which made us think that Arnside had no identity – it wasn’t a place where people wanted to spend any length of time.

As a result of listening to the residents of Southmead, we formed a working group (the AGRP) which consisted of local residents, local councillors and Southmead Development Trust.  We met monthly to discuss how we could improve the Arnside area and a consultant was employed to give us an idea of what the area could look like.  My son, Adam, who is a project manager, told me that to improve the area we needed to attract new businesses and we would need to increase footfall.

A ‘housing needs study’, which was completed a year after our community plan was launched, showed that there were no 1 or 2 bed homes for elderly residents to downsize to if they wanted to. We had many 3 bed family homes with only 1 person living in them, but as nothing else was available in Southmead they couldn’t move. However, they obviously wanted to stay in the area close to their family and friends.

The consultant we employed told us that to begin a regeneration project we needed 3 things – dissatisfaction with the ‘present’ (which was clear by the comments on the Southmead survey), a ‘vision’ for the future (he showed us examples of other regenerated areas), and a plan of  ‘how to’ achieve it (our working group).  We had absolutely no money to start this project, but a burning desire to make a better future for Southmead.

The project has been led by us residents the whole way – we have had the opportunity to interview and choose the Project Manager, architects and the building contractors.  We had architecture students from France last year that came to see what we were doing in Southmead. They couldn’t believe that local residents were even involved in the regeneration project, but they told us that they felt our passion for Southmead.

Money was found from national funders Power to Change and Homes England, and we worked with Bristol City Council to win £3.6 million from the Government’s ‘Housing Infrastructure Fund’.  The Council will use some of this funding to make infrastructure improvements including regenerating Arnside Road (this will help pay towards new drains, paving and surfaces in the area).

There will be 120 new homes built on Glencoyne Square, hopefully with a new Health Centre and Library.   Over half of Glencoyne Square will remain as open space, and there will still be a lovely green space at the top with lots of new seating and planting.  We will need to lose a few trees for the development, but we will be gaining over 30 new trees throughout Glencoyne Square.  Bristol City Council also has plans to add news trees to Arnside Road.

Arnside will not be pedestrianised but will be more ‘pedestrian friendly’, with a new surface that will let water pass through.  This means there will be less chance of being flooded by the rainwater that cascades down from the top of Glencoyne. There will be more parking spaces for the disabled and a new cycle lane.  New parking will be created by taking a little of the green space along Greystoke Avenue.

85% of the homes on Glencoyne will be affordable, and via a ‘Local Lettings Policy’ priority will be given to people that work or live in the area, and to those that have family or connections in Southmead.  My hope is that residents will walk to Arnside and stay for a few hours and meet up with others.  We want publicly accessible toilets at the Health Centre and Library so that all residents can enjoy the space without worrying.  At many of the community consultations and street info stalls held across Southmead in the last 5 years to talk about this project, I have told residents that Arnside hasn’t had a facelift for 60 years and they shout at me, “No – seventy years!” Even more reason that we deserve one now!

I recently attended a meeting at City Hall around ‘Building Stronger Communities’, and there were people from Brislington, Stockwood, Fishponds, Withywood, Frenchay and Bishopston. All of them had heard about Southmead, our Southmead Community Plan and the Arnside and Glencoyne Regeneration Project. It was amazing to hear them talk about Southmead in such a positive way and some of them were quite envious of how much we have achieved. I will be visiting Fishponds in a few months to share what we have done here.

Our group has been going for approximately 5 years and Bristol City Council only joined us 2 years ago. We still meet monthly. This project is one of the largest community-led regeneration projects in the country – Southmead is leading the way! We have listened to residents and responded and carried on with this project even when there was no money around.

I am very proud to say that the Arnside and Glencoyne Square Regeneration Project came runners up in the Royal Town Planning Institute Awards in January.  This was the Southwest Branch and was for ‘Planning Excellence’. The awards celebrate exceptional examples of planning which will make valuable contributions to society through aiming to transform economies, environments and communities. These qualities have been recognised by the Institute in the plans for Glencoyne Square.  Mike Murch, from BS10 Parks & Planning (another one of our amazing community groups), states that, “this award is recognition for the way the community has worked with professionals to make sure that the regeneration in Southmead is going to be how residents want it and it will benefit generations to come.”

I think that this is a perfect way to end my article and hope that residents understand what we are trying to achieve.   As a ‘Meader’ I can’t wait for it to happen!

The photo above is of me aged 19 months, outside our first house in Southmead, taken on 19th August 1959!

Below was when I was door-knocking with the Southmead survey in 2014. 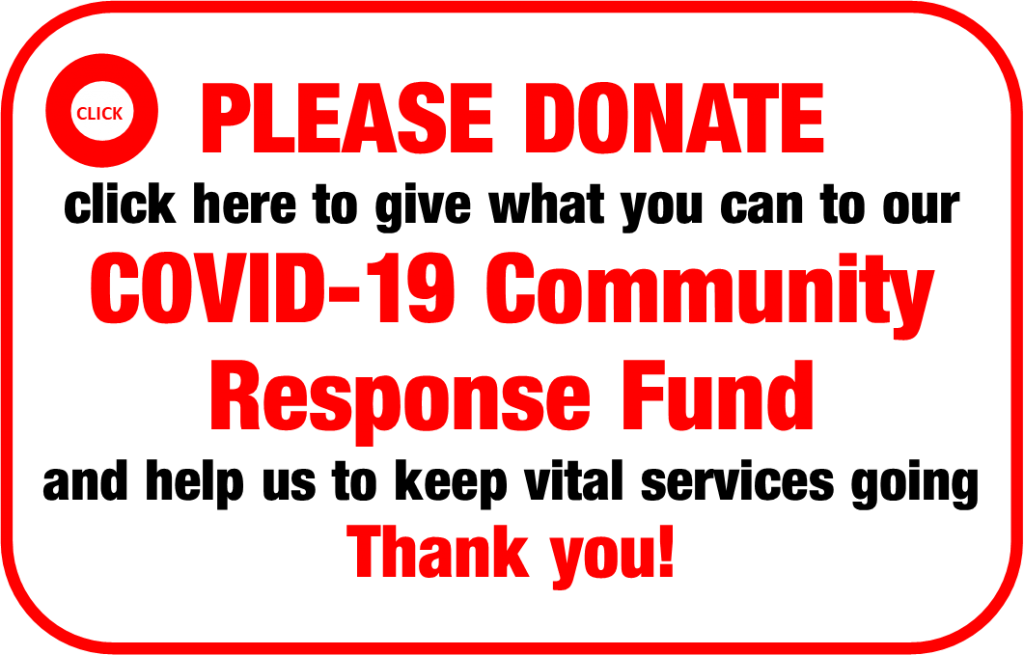 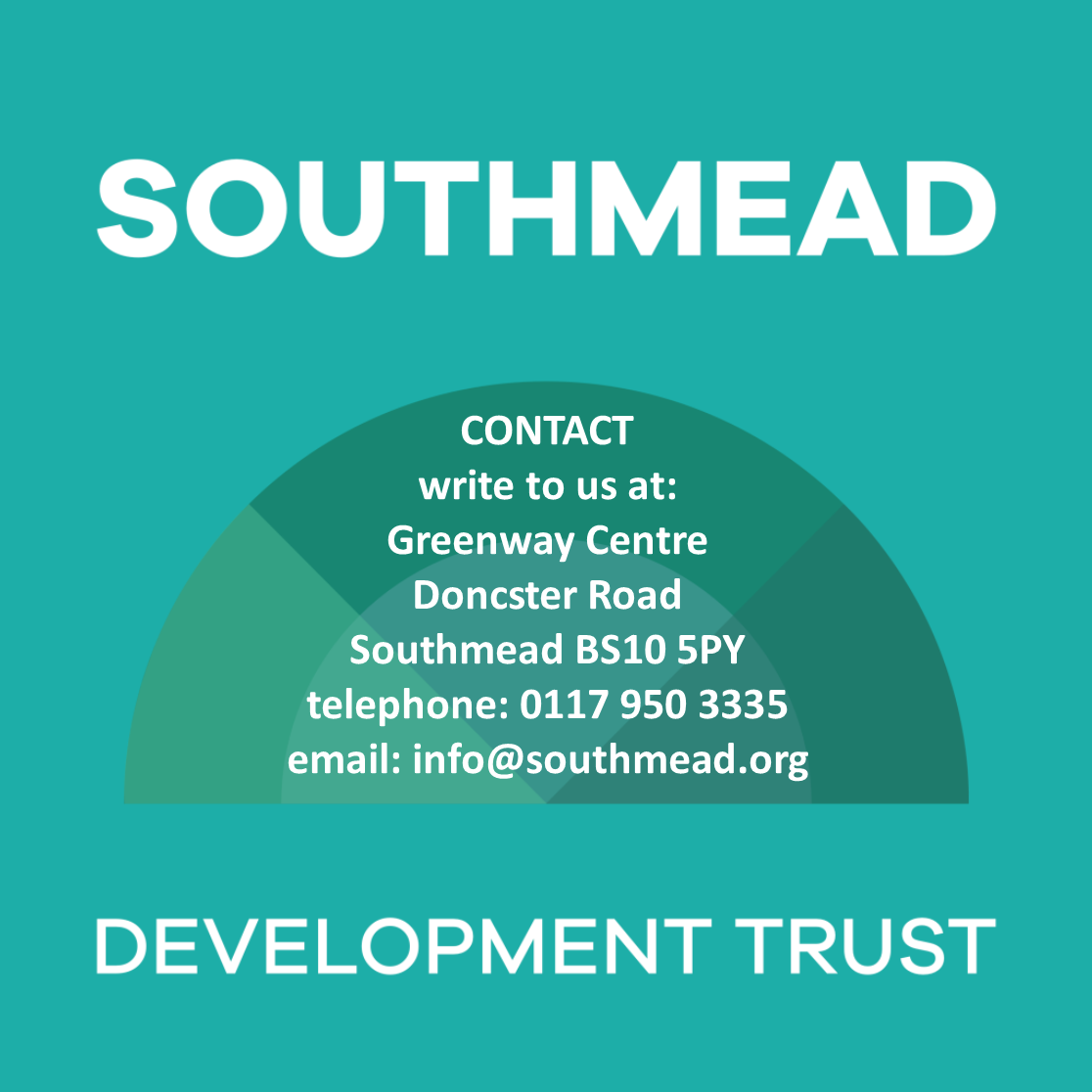